barrels, contained, fear of living, freedom, letting go, mental freedom, metaphor, not recognising freedom when it comes, rain, relationships, self-knowledge, waiting for certain conditons to be put in place before living your life 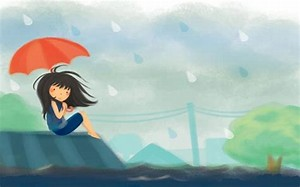 As usual we were not prepared. But that was our way and this is not to say that our actions lacked forethought in any way, but that we had become so accustomed to the way things were, we knew only what we knew and that had been sufficient in its own way to deal with the vicissitudes of life. Strife was rife, and though the battle ground was real, the laughter that we shared, became a place  where we could safely repair our armour, sharpen our wits as well as our spears to dent the onslaught of fears which like flood waters burst their dam and threatened to strike more often than we would have liked.

We plotted and planned, planned and plotted, dotted the ‘I’s and crossed the ‘T’s, and in our dreams subjected ourselves to living a life of constant ease. When the rain comes we said, things would be different. A life well-spent was our intent and bent on this and very little else, we kept an eye on the gathering storm clouds and would not allow the passage of time to dampen our resolve. We learned to make do with the drought and thought we ought to place our barrels in a place where when the rain came, not a drop would be lost. We bought enough barrels and damn the cost – what price our hopes and dreams?

When the rain came, so entrenched were we, we failed to see the raindrops. We did not hear the pitter-patter of freedom drumming on the window panes. And it pains me now to say that we did not fling the doors open wide and dance unreservedly upon the thirst-ridden earth now slowly, thankfully, surrendering to the watery saviour, releasing all that was bound and giving life anew.

Today in Writing 201, the task is to write Haiku and the subject is “water”, and if possible to use simile. Haiku briefly, is a poem containing 17 syllables with a 5-7-5 format: The first line containing 5 syllables, the next: 7 and the third: 5. [Of course there is much more to Haiku than just this, but that isn’t for me to talk about here]. So here goes! 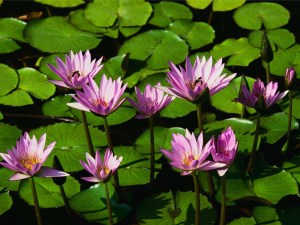