Lately I find I having been giving a lot. I don’t know whether I am especially aware of this because it is the season for giving, or if something has triggered something deeper within me. But I think the act of giving, whether it is in recognition of a celebration, ie a birthday, charity, a good cause, Christmas or something like that is actually beneficial to the soul. I personally feel such joy and contentment when giving or sharing that I’m sure that internally, physically there is a way the body responds by removing toxins and releases feel good chemicals which flood the body and in turn makes you feel much healthier. You can probably tell that this is my own clumsily conveyed take on what giving means for me. I don’t make any claims to expert scientific knowledge.

Earlier this year, someone approached me telling me that he had to get to work and he had no money for his fare to get there. He said he had seen me, and that he had thought about it a long time, and he knew that I looked like a ‘kind lady’ and that I would help him. After much questioning, I gave him some money to get to work for the whole week. He thanked me profusely and bestowed many blessings upon me. I did wonder if he was genuine, but I thought if he is trying to con money out of me, then that is his problem and not mine. I felt better for giving and helping someone who I believed needed help. I like to think that if I had been in the same position, help would be forthcoming.

Two days ago at the train station, a beggar approached me, dirty, dirty clothing, in need of care and attention and I gave him some money. He had run up to me hand outstretched as I stood in the queue at a cake shop. I had a few bags and had to shift them around to get into my handbag to find my purse. He stood waiting patiently, hand still outstretched while I tried to get my money out. He had no idea if I was going to give him any money at all because I did not say anything, just rustled around with my bags. I eventually found my purse which had some change (lots of pennies) and one shiny £2 coin which I had been saving and did not want to spend because it was so shiny. Call it one of my foibles! I had no other change (apart from some notes), so I gave him my shiny coin which had been in my purse for months, while I broke into pound notes in order not to spend it. So you can see how much it meant to me. I gave the beggar/homeless person the coin which he eagerly took, blessed me considerably and ran off into the crowd. I felt good. I didn’t even mind about giving him that particular coin.

I discovered this story around Easter time, this year. I was actually looking for something else on the Internet, but came across this and it resonated with me. I hope it does the same for you. 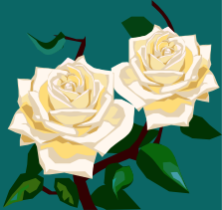 A wise woman who was traveling in the mountains found a precious stone in a stream. The next day she met another traveler who was hungry, and the wise woman opened her bag to share her food. The hungry traveler saw the precious stone and asked the woman to give it to him. She did so without hesitation. The traveler left, rejoicing in his good fortune. He knew the stone was worth enough to give him security for a lifetime. But a few days later he came back to return the stone to the wise woman.

“I’ve been thinking,” he said, “I know how valuable the stone is, but I give it back in the hope that you can give me something even more precious. Give me what you have within you that enabled you to give me the stone.